Delving into the world of LEGO® SERIOUS PLAY® 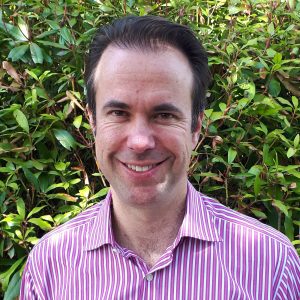 This is the only way I could describe the experiences I’ve recently had facilitating a rapid redesign of a global charity and then delving into the world of LEGO®SERIOUS PLAY® to develop an operational strategy for a bank. But let me start at the beginning.

Over the past few years Tricordant has been approached to support the design and development of agile organisations. This is not too surprising as both the evidence and business narrative is increasingly clear that agility is critical to becoming a top performer. This has been heartening for Tricordant as our underlying philosophy to work and the workplace strongly aligns with the agile thinking including customer first, meaningful work, collaboration, and iterative working. At the same time I’ve begun to hear of and become intrigued by LEGO®SERIOUS PLAY®. I blame Stelio Verzera and our consultancy partner Cocoon Projects for this!

In late spring we were asked to support the digital transformation of the operational functions for a global charity.

The charity had attempted a redesign of their operating model to support this transformation but had become stuck when the proposed design failed because stakeholder concerns were not fully understood.

The anxiety of the charity was that this re-design needed to be completed in under 9 weeks to align with the wider transformation programme. So, what did we do to release the operational functions and get them over the line?

This has been one of the most intense projects I’ve ever led, and we were still able to deliver the design on time. The Executive Directors and Director lead for this redesign committed to the proposed design and commented that of all the redesign work in the charity this was the most rigorous and realistic.

Currently the design is being implemented.

In the meantime I continued my exploration of LEGO® SERIOUS PLAY® through conversations & co-facilitating a session on this method at the ODN-E conference with my fellow conspirator Stelio.

All that I read, heard and observed on youtube videos suggested LEGO® SERIOUS PLAY® is an extremely powerful method to deeply engage and include diverse views in constructing and evolving ideas in the physical world, leading to meaningful outcomes both for the participants and the organisational needs.

But you will have to wait for my next blog on this…Kerpow 2.